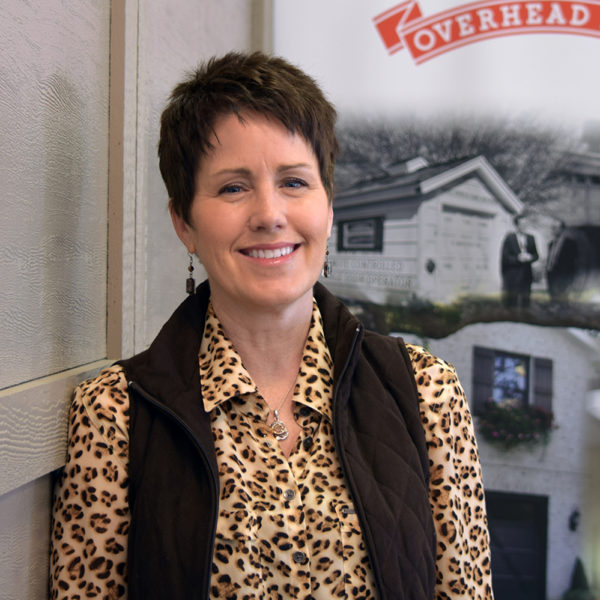 Jo is a second generation owner of Overhead Door Company of Sioux FallsTM. Her father, Don McCleerey, was the company founder in 1967. Jo is part of the national Overhead Door® Corporation Distributor Council. She operates the company along with her husband Rick Turgeon as well as their son Tony Turgeon.

Fun Facts about Jo:
Would you rather live on the beach or in a cabin in the woods?

Favorite Overhead Door® product?
Series 297 door because your kids can run into it and it still looks good
What position did you start at?
Part time receptionist / typist in 1979 – back when typewriters were still cool.